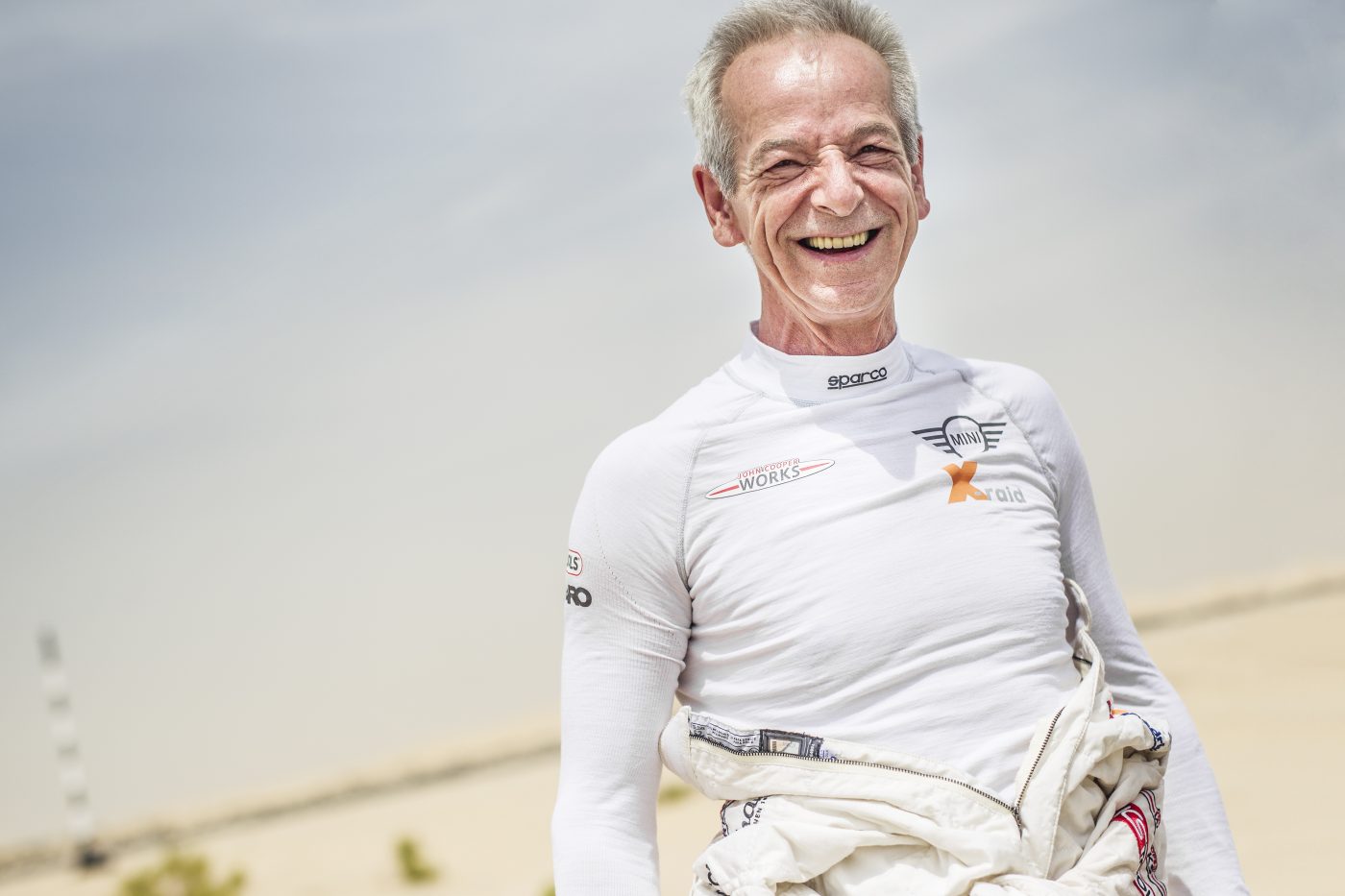 As part of the X-Raid team, Stephan Schott races near and far; most famously, Stephan is one of the Top-20 pilots at the Rally Dakar. To support him and his team for future races, Mitcorp has become a sponsor and provided them with our X2000 videoscope!

In our two-part interview series, we want to introduce Stephan Schott, his story, his motivations, his goals, and of course, his racing experience! The second part will get more technical because we wanted to know how to keep the car in one piece during these races and how a good videoscope can make a difference!

Never give up! You can do it! Fight for your goal!

This was Stephans reply when we asked him to describe his mindset in one sentence, and we cannot agree more!

Stephan, when and why did you start racing?

All these ideas about racing have grown since I was a student traveling on my old VW Bus through the Sahara in Morocco and Algeria. I saw some rally cars of the Dakar, and my dream was to one time drive this rally. Mind you, that was the end of the 70ties, the beginning of the 80ties. But at that time, it was just a dream. I thought I would never have enough money to do it!

So all my rally career started in 2005 with a private team and a small budget. But before that, I had to apply and take a test to get the International Race Drivers License Grade C. I had rented a race car (Mitsubishi Pajero DID) from a German Team and the complete service for the UAE Desert Challenge in Dubai. On my first appearance, I did not really have a clue what was going on, but I was lucky and ended up in Position 16, and from that day on, I wanted to go for more! 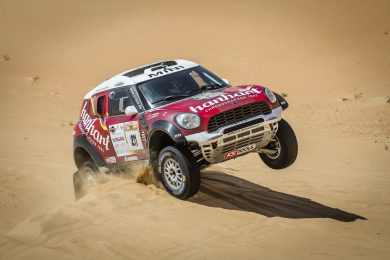 And now you are a part of X-Raid; how does that feel?

I was lucky to join their team for the first time in 2010 after I achieved 24th place on the Dakar in my old Mitsubishi. Sven Quandt had asked me if I wanted to join the team, and we found a good agreement.

To be part of X-Raid is a great feeling, but it is also a big challenge. X-Raid is a semi-factory team by BMW and has won the Dakar Rally already 6 times, so you are together with the best rally drivers ever. For example, Stephane Peterhansel, Carlos Sainz, Nasser Al Attiah, Nami Roma have all driven in X Raid.

I know that I probably will never reach their level. They started in their early years, are more disciplined in sports, and race as top professionals. Nevertheless, it is a good atmosphere in the team, and they never let you feel like just a gentleman driver, not at their level. And of course, they also can give you advice on setting up your car and more.

After I joined X-Raid, I also had my best results: I finished 8 Dakars, most of the time in the top 20. My best result was 15th place in 2017. In Abu Dhabi, I even managed to be in the 5th position twice!

Did you also upgrade your car since then? What car do you drive at the moment?

Since I joined X-Raid, I have been driving different models and upgrades of the BMW X3, and later of MINI.  At present, I drive a car from X-Raid. On the outside, it looks like a MINI but actually, it is a prototype race car based on a tubular frame and a BMW engine. It has a 6-cylinder diesel engine with a turbocharger and a lot of power! 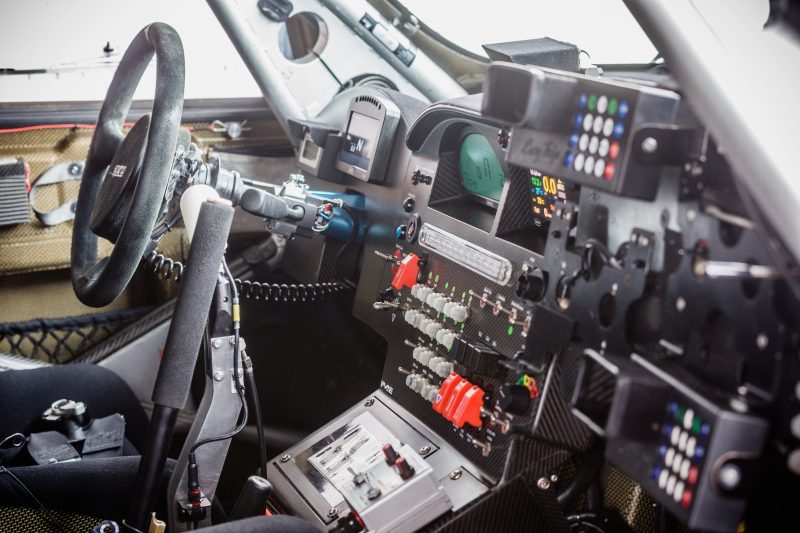 Of all these races you competed in, which one is your favorite?

My favorite race is the ABU Dhabi Desert Challenge. It involves a lot of sand and dunes, and every evening you can rest in a perfect environment of a 5-star hotel. The race runs from Abu Dhabi into the desert Rub al Khali, which means empty quarter in Arabic. Then, for the next four days, the race runs around this hotel in loops of 300-500km each. 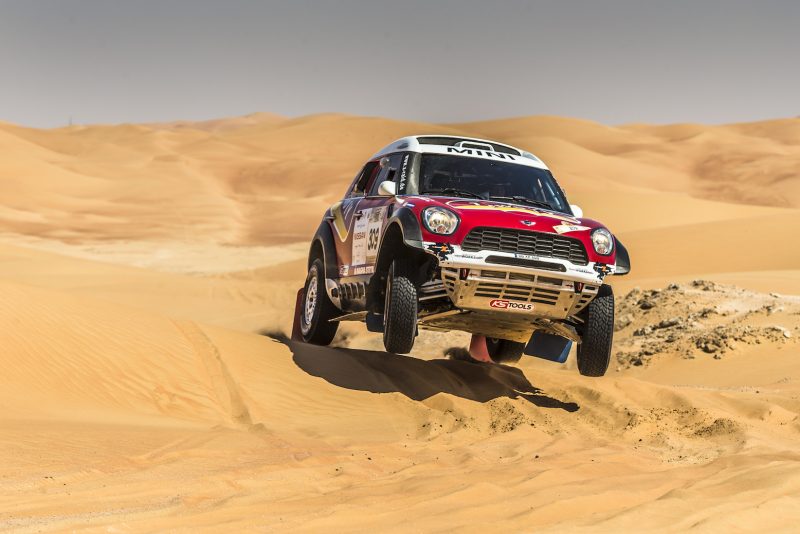 What about the Rally Dakar? It is probably the toughest rally in the world. What is it like to actually compete in it?

The Rally Dakar is a different story.

There, you stay every night in a different place. Sometimes you sleep only in tents in the bivouac somewhere in the desert, sometimes you are lucky to have good or even bad hotels. This race is also much longer than any other rally. It lasts for 14 days, and if you fail only one stage, you are out!  So, you always have the pressure to bring your car to the finish line. Either on the day or in the early morning of the next day.

What is the biggest challenge you faced when racing?

There were so many challenges in these, so far, 16 years of racing. For sure, some accidents happened, and even a high-speed one where the car rolled over seven times. 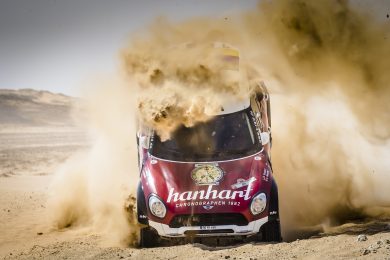 We had lost the rear wheel, including the driveshaft and many joints. And had to repair it till the night came. That night we had to drive into the dunes. But we had no more spare wheels, and the hydraulic jacks of the car were broken. When crossing the dunes, my copilot had to walk ahead of the car to light the way. Since the headlights pointed towards the sky when going up a dune, they only lit up the ground right in front of the car. So he always had to go a few hundred meters ahead and give me the direction with a torch. 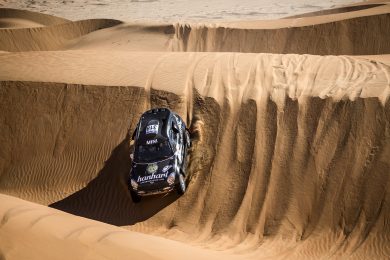 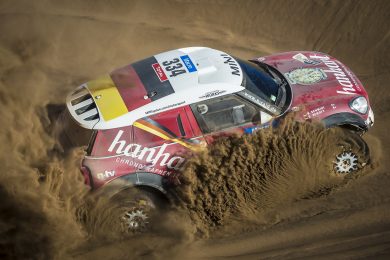 We did that for 20-30 km, and on the last dune, we got stuck deeply. We had no more carjacks, and we could not even deflate or inflate the tires because the air compressor was also damaged. So we had to dig out the car and remove the hanging hydraulic jacks since they were buried so deep in the sand.

At that point, we were close to giving up! But in the end, after eating our last chocolate bars and having a cigarette, we eventually managed to get out and reach the finish line, where we arrived at 5:30 am. The mechanics repaired the car while we slept (in our race overalls). After less than 2 hours of sleep, we had to start again. 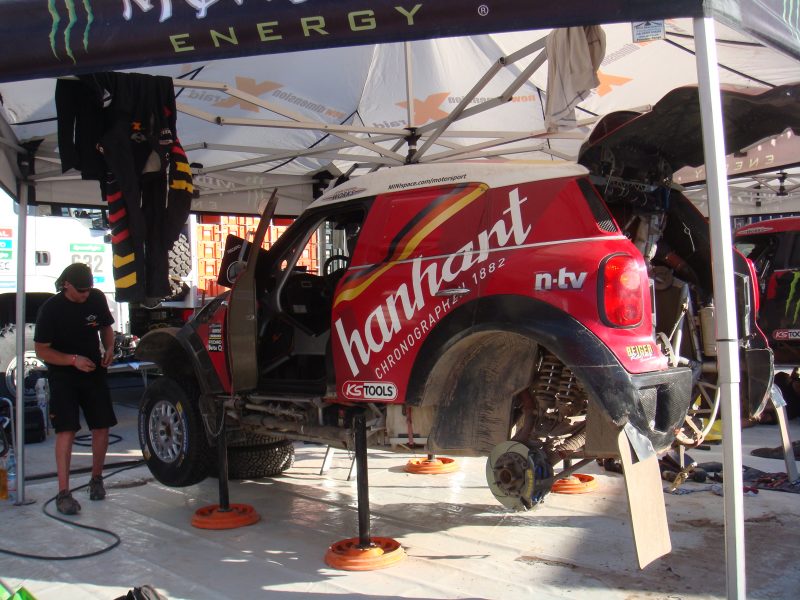 So going through rough terrain can be a slow process, but it is a race after all. So what is the fastest you ever drove in a rally?

The fastest speed I ever had cross country was 196 km/h.

It was in Chile, near the city of Iquique. There was a great downhill dune facing the Pacific Ocean. But these times are over since this year, all racecars are limited to 170 km/h and checked by satellite. The FIA wants to make the races safer now.

You have no time to think when going top speed, just concentrate on the track, be prepared, and try not to make any mistakes. But of course, it is a great feeling. However, you always have to watch and listen to your copilot. He is the one giving you the directions and warnings if there is a dangerous section coming ahead. This information is usually mentioned in the roadbook, which we use for navigation.

All of this sounds incredibly hard but also exciting. Knowing that these things can and likely will happen, how do you mentally prepare right before such a race?

Right before the race, you have to be concentrated. You need to cool down, really be focused on the track and have confidence in your copilot. Don’t let the adrenaline overflow!

And apart from the right mentality and strength. What makes an excellent race driver?

First of all, he needs to have the best skills in handling and controlling the car under all circumstances. A good cross country race driver is fast, extremely fast, but can calculate the risk. He also needs to be in good condition since the races are around 4 hours of driving each day. But some stages at the Rally Dakar go up to a distance of 600 km.

Then you also have to do the liaison, the connecting stage to the bivouac. There were days on the Dakar in South America where we did, altogether, nearly 1,000 km in one day.

What did you learn from racing that you use every day in your life?

The lesson the Rally Dakar gives you is that as long there is any chance: Never give up! In German, we say you also have to bite and torment yourself.

This was the first part of our short interview series. Part two will follow soon. In the meantime, if you are interested in our products or other applications for videoscopes, you can find more resources below:

Find us on LinkedIn